I study math and genetics; more recently, population genetics in particular. This list of 'Selected Books I Have Read' is representative of what I have independently studied and learned outside of any formal education program.

I am Research Scholar at the Ronin Institute.

I earned a Masters in Mathematics in Finance from the Courant Institute of Mathematical Sciences at New York University, ranked #1 graduate school in applied mathematics. As an independent researcher, I published the peer reviewed paper "Leanest Quasi-Orderings" with Professor Nachum Dershowitz in the academic journal Information and Computation. I presented the paper at the 16th International Conference on Rewriting Techniques and Applications in Japan.

I developed the genetic reporting service Gene Heritage to make it easy for consumers to get genetic calculations I developed in an open-source R package.

Before starting Gene Heritage, I analyzed family DNA as a mathematical challenge in a new field. I generated reports for three generations of my family with raw DNA data. A year later, I launched Gene Heritage with Joe Silver, the Creative Director of Designomotion.

In 2005, with the birth of my first child, I started working part-time from home as an independent software developer. I've developed quantitative software in a wide range of applications such as automated trading, statistical ETF arbitrage, phonetic analysis, statistical analysis, and extracting financial data. 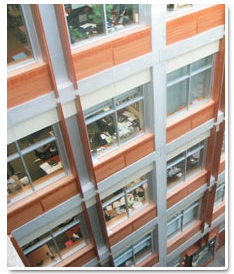 My employment on Wall Street was immediately after getting a Masters in Mathematics in Finance. Before my time in finance, I worked in the software industry. I was a Program Manager for Microsoft on Internet Explorer during the "browser war" of the late 1990's. Following Microsoft, I joined silicon valley start-up Tellme Networks which later was aquired by Microsoft.